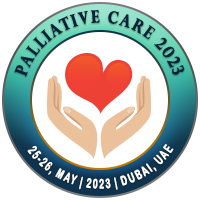 The Emirate of Dubai is the 2nd largest of the 7 United Arab Emirates but has the largest population, with over 3.5mn inhabitants as of 2021. Dubai's cityscape is always transient and ever-changing, with its constant urge to construct bigger and better than before. If there was a Palm Island, Nakheel thought of the World Island. Burj Al Arab was eclipsed when Burj Khalifa cropped up. Dubai constantly competes with itself, trying to magnetize tourists to a dream-like world of attractions. This drive is clearly visible in its landmarks, shopping centers, and hotels. Although it strictly safeguards its traditional Islamic roots, it allows space for other religions, a rare quality in the conservative Arab world. Thankfully, it has been successful in shielding itself from extremism, making it one of the safest places to visit in the Mideast. Dubai has emerged as a cosmopolitan metropolis that has grown steadily to become a global melting pot and a business and cultural hub. A first-time visitor to Dubai might get overwhelmed with the exciting attractions, activities, shopping, and nightlife, but we're here to help. Here's a top list of things to do when holidaying in Dubai. Dubai is a city of skyscrapers, ports, and beaches, where big business takes place alongside sun-seeking tourism. Because of its large expatriate population, it feels like a Middle Eastern melting pot, and the atmosphere is generally tolerant.  The western area of Dubai benefits from small stretches of sandy beaches, which have helped to catalyze the city’s tourism industry. Dubai’s rulers have sought to increase the city’s limited seafronts, and, in the absence of natural offshore islands, developers were encouraged to construct giant man-made islands off the coast of the city.
Climate: Like much of the Persian Gulf coastline, Dubai has a year-round hot climate. Humidity is high in the summer months and moderate the rest of the year. The coldest winter month is usually January, with lows of about 15 °C (49 °F), while the hottest summer month is July, with highs of more than 40 °C (104 °F).
Transport: With wide highways, a hot climate, and a year-round reliance on air-conditioning, Dubai is not a welcoming city for pedestrians, so vehicle traffic can be extremely intense. However, in the early 21st century, new bridges, roads, and a fully automated, driverless metro rail system have eased the frustrations of moving around the city. Tourism has been greatly enhanced by the Dubai-owned airline, Emirates, which operates a large and modern fleet of aircraft.
Landmarks and Tourist Attractions: Dubai is not only home to spectacular attractions but has also transformed its skyline with startling architectural projects. If you ever want to soar like an eagle, visit the Burj Khalifa, the world's tallest building. From the stunning Palm trilogy to the Dubai Frame, Museum of The Future, Waterway, and Dubai Marina, many landmarks in Dubai leave tourists awestruck. Beyond modern attractions, Dubai boasts many historical sites waiting to be discovered around the Bastakia district, along Dubai Creek, and in old houses and mosques. The most famous of these is Palm Jumeirah, which has the shape of a palm tree. Others include the “World” islands, a cluster of small islands positioned to resemble a world map when viewed from above.
Whether you visit Dubai for a day or a week, you’ll be left longing to return and explore this magical city even further.

Drop us an email for Program enquiry
palliativecare@scientexconferences.com